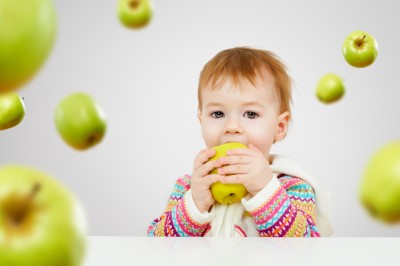 “In medicine we spend a lot of time trying to help people who are sick. Wouldn’t it be great if we could prevent disease at its earliest stages?”  – Dr. Jonathon Maguire, co-lead of TARGetKids!, associate professor of Pediatrics at the University of Toronto, scientist in the Li Ka Shing Knowledge Institute of St. Michael’s Hospital and staff pediatrician in the Department of Pediatrics at St. Michael’s Hospital.

How do we keep kids healthy? It’s a question often asked by both parents and physicians and is the foundation of TARGetKids! (The Applied Research Group for Kids), a prospective research registry created as a platform to study and better understand children’s health and development. Coordinated by SickKids and St. Michael’s Hospital, TARGetKids! aims to link early life exposures to future health outcomes, including obesity, micronutrient deficiencies, and developmental issues.

TARGetKids! began enrolling healthy children aged 0 to 5 years in 2008 through their pediatrician or family doctor’s offices. With over 60 participating community and academic physicians and over 7,500 enrolled children, TARGetKids! is the largest primary care research network for children in Canada. The novel structure of the registry also allows researchers to conduct prospective randomized controlled trials (RCTs), applying interventions to consented registry participants in order to gain an understanding of the driving factors of some of the biggest health problems of our time. TARGetKids! RCTs have investigated the role of Vitamin D in upper respiratory tract infections and asthma, and RCTs have also been conducted to study interventions to reduce childhood obesity, to reduce prolonged bottle use, to help mothers with postpartum depression, as well as the use of iron treatment for children with non-anemic iron deficiency. Discoveries from these RCTs are leading to new preventive therapies and are changing physician practice on a national and international level.

The size of the registry is astounding; it currently holds over 20 million data points, which requires a tremendous amount of expertise and sophistication to execute epidemiological methods and keep the constantly evolving registry up to date. These services are provided by the TARGetKids! program’s research and data management partner, the Applied Health Research Centre (AHRC) of the Li Ka Shing Research Institute of St. Michael’s Hospital. As a not-for-profit academic research organization that specializes in study design, methodology, biostatistics consulting, quantitative data analysis, and IT infrastructure support, the AHRC has provided statistical and methodological support for over 40 publications through the TARGetKids! registry. Flexibility is invaluable for this program, and the AHRC’s statisticians, clinical research specialists, database architects, and methodologists have allowed for consistent adaption to optimize the program’s relevance and efficiency.

“AHRC has become an incredible data management partner. We couldn’t do what we do without the AHRC.” – Dr. Jonathon Maguire

In addition to multiple publications, community physicians and the Canadian Pediatric Society work with the TARGetKids! researchers to ensure the knowledge generated out of this groundbreaking program is visible and accessible to parents and their children. As more data is collected during this longitudinal cohort study, investigators will continue to make novel associations and discoveries. By gaining an understanding of how to optimize children’s physical health, mental health, and school performance, researchers hope TARGetKids! will lead to lower health and social services costs, enhanced prosperity, and a healthier society.

Click to learn more about TARGetKids! and the AHRC.